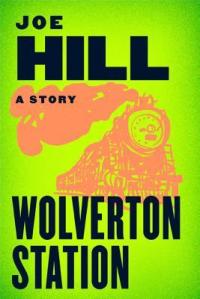 I downloaded this one right on the heels of finishing Throttle. I had to get a sense of Joe Hill on his own, though it was tough to read this without the constant comparison to King.

And this pretty much reads like a Stephen King story. It’s about an American capitalist boarding a train in England. He’s a despicable character who stumbles into a situation you wouldn’t wish on anyone, and he’s kind of funny and has a cold logic. Creatures exist that are very much kin to King’s Low Men in Yellow Coats, and the protagonist struggles with the overlap of reality and madness.

The fun in the story is the atmosphere and tangible nature of it all, and how Hill both satisfies the reader’s curiosity to know what’s happening while leaving the full explanation nonexistent. It could be read as a direct indictment of ruthless capitalism, or a meditation on the fears of becoming old and irrelevant, or just a strange tale about a stroke of bad luck.

I still can’t say that this story shows Hill coming out from under King’s shadow, other than that it’s as brief as it needs to be and I can imagine King doubling the length for no reason. Also, this line is a good bit of fun:

His first wife said it made him look like Jack Nicholson with the ax in that movie.

I’d like to chip away at more Hill to keep the comparisons coming.